This tennis tournament is one of the largest sport events in Switzerland, and one of the most significant indoor tournaments in the world.

Traditionally, the tournament started with the Official Draw Ceremony, which took place at the Basel City Hall on 22nd of October. When the draw distributed the players on the tournament grid, the most excited part has started – watching the matches and supporting favorite players. 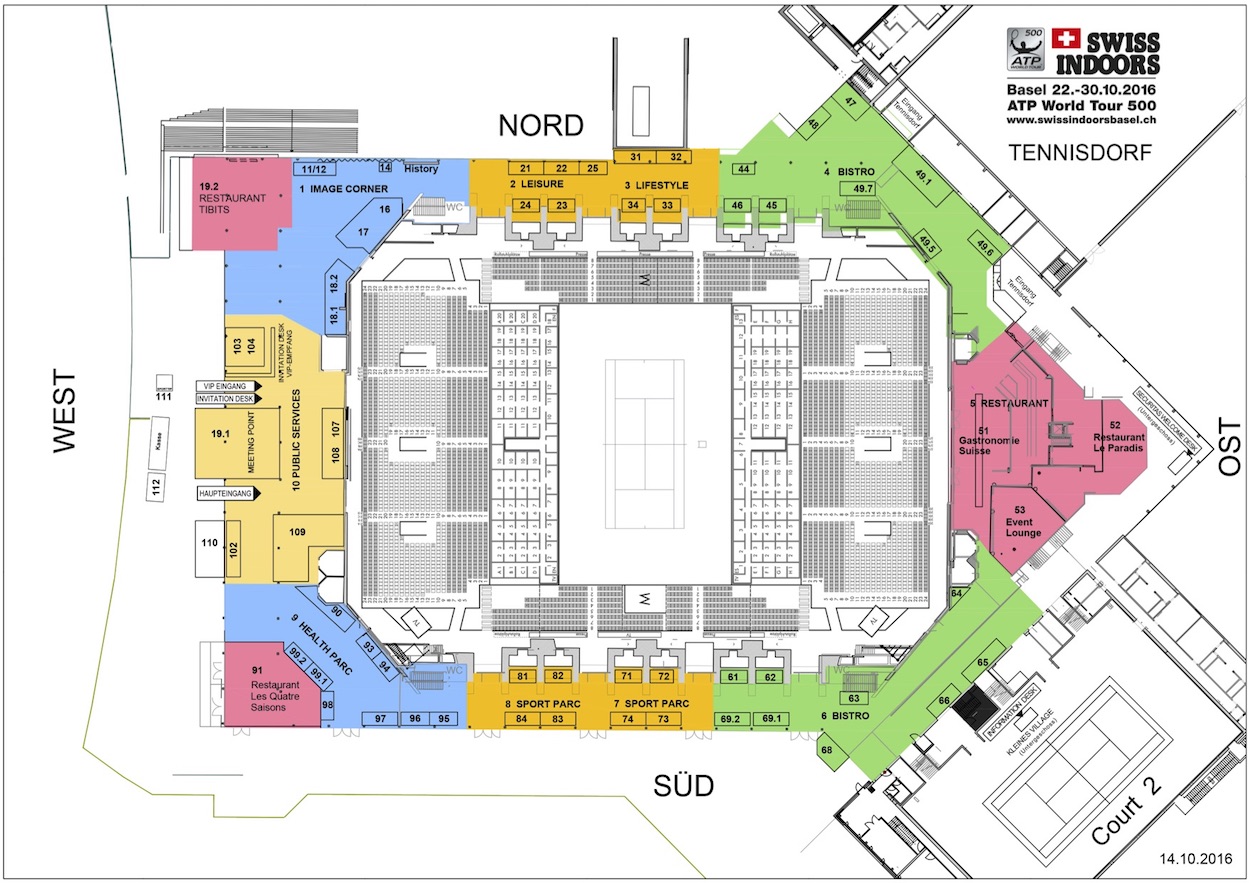 “Super Monday” is an opening ceremony at the event. Sport events are traditionally accompanied by nice music and the opening ceremony of the Swiss Indoors Basel wasn’t an exception. The tournament was opened by the performance of the Basel Sinfonietta and the British pop star Katherine Jenkins. The ceremony was great. However, announced opening match of Rafael Nadal didn’t happen. As later I found out, Rafael Nadal had a wrist injury and had to cancel his participation. Nevertheless, I really enjoyed the match between Kei Nishikori vs Dusan Lajovic, which was held after the opening ceremony. During the intense game, both players had every chance of winning. But at the end, Kei Nishikori came out the winner!

Feel free to share your favourite moments, matches and players in the comments below.

If you have any questions, don’t hesitate to contact me -> GET IN TOUCH

BE HEALTHY AND WEALTHY! :)

Yuliia Caliskanhttps://moname.ch/about-me/
At MonAme Magazine, I’m in charge of content and publication. I am passionate about all things new and sustainable - traveling, food and active lifestyle. As an MD specialized in Dermatology, I also always keep myself up to date about new advancements in beauty and cosmetics industry.

Michelin Star Revelation 2020 took place in Lugano, Switzerland. Preceding the ceremony, I had a chance to discover original flavours and gastronomic character of...
Read more

ART BASEL 2019 IN BASEL DISPLAYS WORKS OF OVER 4,000 ARTISTS from more than 290 INTERNATIONAL WORLD'S LEADING GALLERIES. Contemporary Art is very often controversial in emotions and...

5 smoothies for the best breakfast

Smoothies are refreshing, nutritious and delicious. There are no strict rules in preparing smoothies. Really, you can combine any fruits, veggies, herbs and nuts, in any proportions...

Seed to Skin, True Organic Luxury Skincare, thanks to RICH NUTRIENTS and EFFECTIVE FORMULAS. First thing first, our skin is the biggest organ in our body. It has unique...

Any cookies that may not be particularly necessary for the website to function and is used specifically to collect user personal data via analytics, ads, other embedded contents are termed as non-necessary cookies. It is mandatory to procure user consent prior to running these cookies on your website.